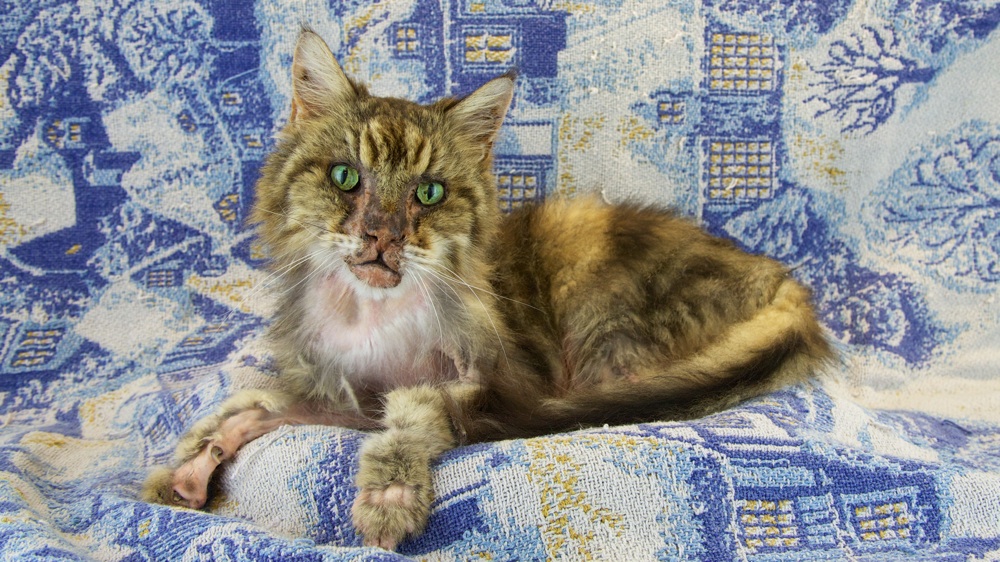 Feline hyperthyroidism was first described as a spontaneous disease in 1979. Shortly thereafter it became recognized as the most common endocrine disorder of the cat. The elevated circulating levels of the thyroid hormones thyroxine (T4) and triiodothyronine (T3) that occur in hyperthyroidism result in a multisystemic disease.

The therapy for hyperthyroidism is directed at controlling the excessive production of thyroid hormones. Four options for therapy are available; 1.) antithyroid drug administration, 2.) iodine deficient diets, 3.) surgery, and 4.) radioactive iodine. Of these therapies, the most recent is the newly developed Iodine deficient diet that has been shown to lower circulating thyroid hormone levels in hyperthyroid cats. When used to treat hyperthyroidism, strict adherence to these diets is required, as even small amounts of regular cat food will negate their effect. Because these diets require lifetime administration and should not be fed to cats with normal thyroid function, multi-cat households may experience difficulty with this form of therapy. Antithyroid drug administration will inhibit the synthesis of thyroid hormones.Methimazole (Tapazole®) is currently the antithyroid drug of choice. Antithyroid drug therapy is lifetime with symptoms of the disease recurring rapidly following discontinuation of the drug. Surgical thyroidectomy is a highly effective therapy for feline hyperthyroidism. Unfortunately anesthetic and surgical complications can result in significant morbidity and mortality. Greater than 70% of the cats with hyperthyroidism have bilateral thyroid involvement. In cats with bilateral thyroid involvement, removal of both lobes is necessary to control hyperthyroidism. Post-operative complications include hypoparathyroidism, Horner's syndrome, laryngeal paralysis and persistent hypothyroidism.Radioactive iodine131I therapy is currently the therapy of choice in most cases of feline hyperthyroidism. Radioactive iodine is preferentially concentrated in the adenomatous areas of the thyroid while the normal thyroid tissue takes up relatively little iodine due to normal feed back suppression. The ß (beta) particle emitted by 131I travels an average distance of 400 µm. This treatment is therefore locally destructive but spares the adjacent hypoplastic (normal) thyroid tissue as well as the parathyroid and other cervical tissues. Radiation safety precautions require that cats remain hospitalized following their131I therapy until they have eliminated a majority of the radioactive iodine from their bodies. This typically requires a hospitalization of 3 to 7 days. Radioactive iodine therapy is considered the optimum treatment for feline hyperthyroidism. It involves a single nonstressful procedure that is without associated morbidity or mortality. Significant side effects have not been observed. Unlike surgery, anesthesia is not necessary. A single dose of radioactive iodine will result in a return to persistent euthyroidism (normal thyroid function) in a majority (>95%) of cats with hyperthyroidism. Since the cats's thyroid function returns to normal following 131I therapy, no ongoing thyroid medications are needed following this form of treatment. The logistics surrounding radioiodine therapy for cats with hyperthyroidism have dramatically changed since it was first reported in the veterinary literature in 1984. A brief historical editiorial of the changes that have developed over the last 20 years at AVMI including the addition of Snyder Cat Cottages and personal iCat web cams is available.

send us your radiographs

refer a patient for radioiodine therapy

Refer a patient for diagnostic imaging