Meningiomas are tumors that arise from the thin membranous layer surrounding the central nervous system called the meninges. Specifically meningiomas arise from the arachnoid "cap" cells of the arachnoid villi in the meninges. Meningiomas tend to occur in older animals. Large breed dogs are over represented however no breed predilection has been noted in cats. No sex predisposition is noted in either dogs or cats.

Meningiomas of the spine result in slowly progressive symptoms secondary to the compression of the adjacent spinal cord. The physically restricted nature of the spinal canal contributes to the symptoms caused by meningiomas. The first neurologic symptom of spinal cord compression from a meningioma is the loss of conscious proprioception. As compression progresses, ataxia and paresis become more apparent. Eventually animals loose the ability to bear weight on the affected limbs and finally become completely paralyzed.

Meningiomas typical grow slowly potentially allowing them to become quite large before overt symptoms manifest themselves leading to the necessary diagnostic imaging tests (e.g., MRI or CT of the spine) that allow a definitive diagnosis. The inherent tendency for animals to compensate for the slowly progressive weakness and ataxia that accompany slow growing spinal tumors frequently delay suspicion of disease until compensatory capabilities are abruptly exceeded. Frequently this gives the erroneous impression of an acute onset of symptoms suggesting a different etiology (e.g., intervertebral disc disease) for the cause of the symptoms.

MRI is the diagnostic imaging modality of choice for diagnosing brain and spinal disease. For facilities without MRI availability CT can be often be substituted with similar if less conspicuous findings. The diagnostic imaging characteristics of meningiomas include a broad based, intradural, extramedullary mass that demonstrate mild T2, FLAIR and STIR hyperintensity as well as uniform contrast enhancement. Occasionally variable sized cysts occur within the meningioma leading to a more heterogeneous signal and enhancement pattern. Meningiomas are generally isointense on T1 weighted images. Peripheral extension from the bulk of the mass along the surface of the dura, referred to as a "dural tail" is a common finding in meningiomas.

Surgical excision is the therapy of choice for meningiomas. The location of the tumor has profound implications on the surgical resectability. Meningiomas that can not be surgically excised can be treated with radiaition therapy. 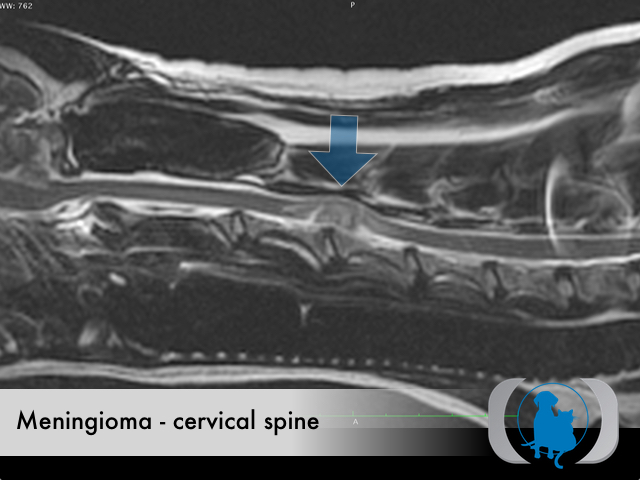 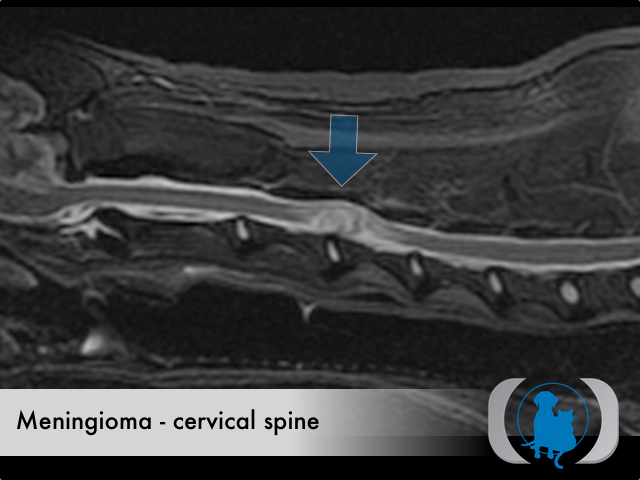 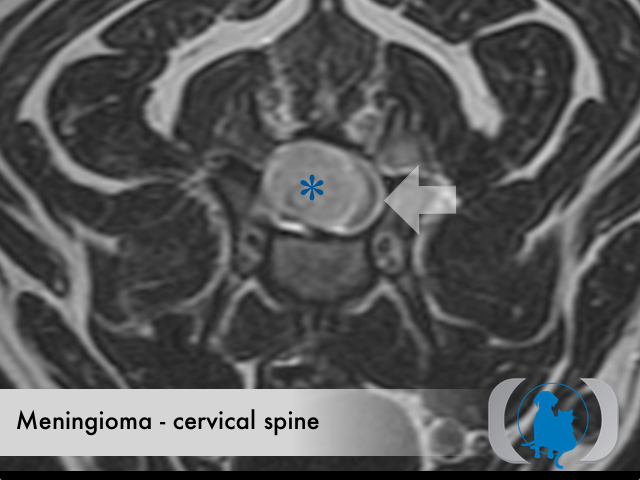 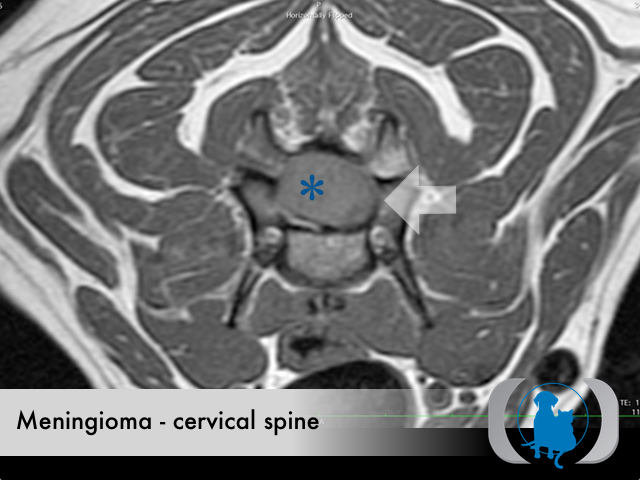 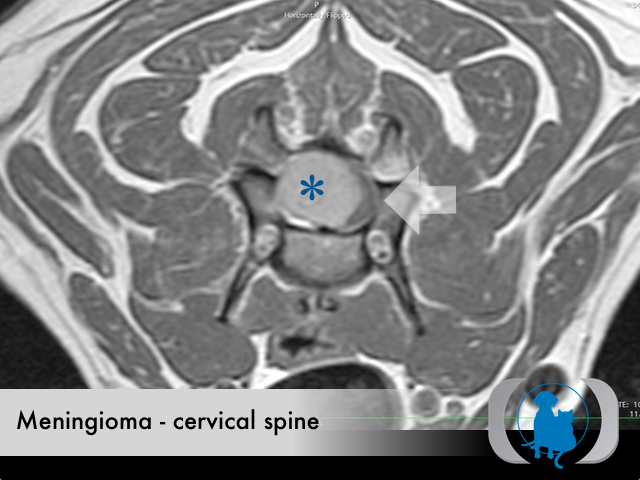