Urinary incontinence is the most common clinical manifestation of ectopic ureters. Incontinence occurs because the ureter enters the bladder distal to the normal location at the urinary bladder trigone leading to an ineffective urethral sphincter mechanism. Increased resistance to urine flow at the termination of the ureter can lead to increased ureteral pressure and secondary hydroureter and hydronephrosis which can lead to reduced renal function over time. Because the abnormal anatomy that leads to the symptoms is present at birth, the symptoms are generally recognized and the diagnosis achieved in young patients. Certain canine breeds have been found to be over represented namely:

Urinary incontinence is the major symptom motivating presentation for evaluation.

Urethroscopy/cystoscopy is the current gold standard test for diagnosing ectopic ureters, however contrast CT has recently been recognized for its ability to evaluate the entire renal system to identify both the abnormal local anatomy at the termination of the ureter as well as the effects on the entire length of the ureter and the kidney itself. Historically intravenous pyelography has been used but is limited by the 2 dimensional nature of the images obtained. 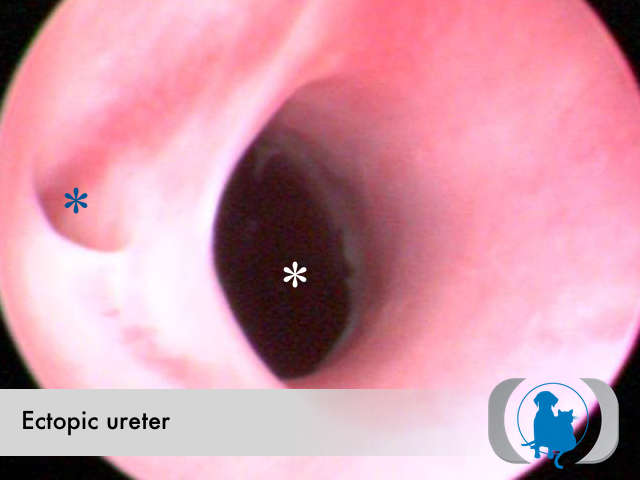 Urethroscopy showing the confluence of the ectopic ureter (blue asterisk) with the urethral lumen (white asterisk).

Urethroscopy showing the confluence of the ectopic ureter (blue asterisk) with the urethral lumen (white asterisk). 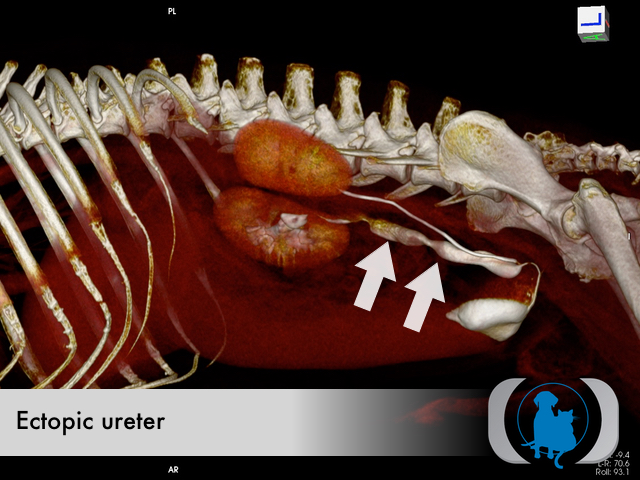 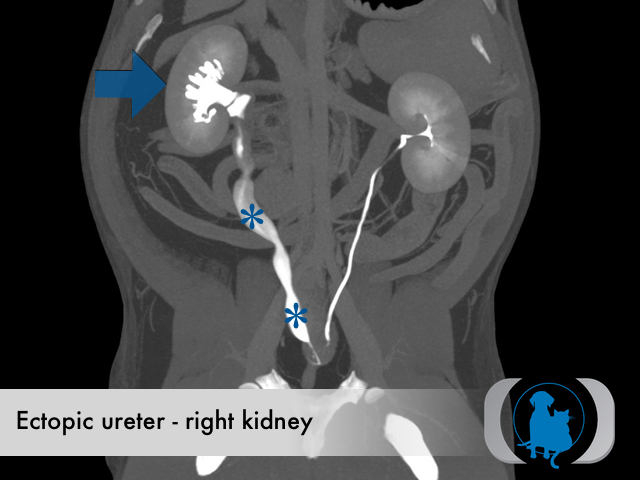 Abdominal CT of a dog with a right sided ectopic ureter resulting in outflow obstruction of the right ureter leading to right sided hydroureter and hydronephrosis. 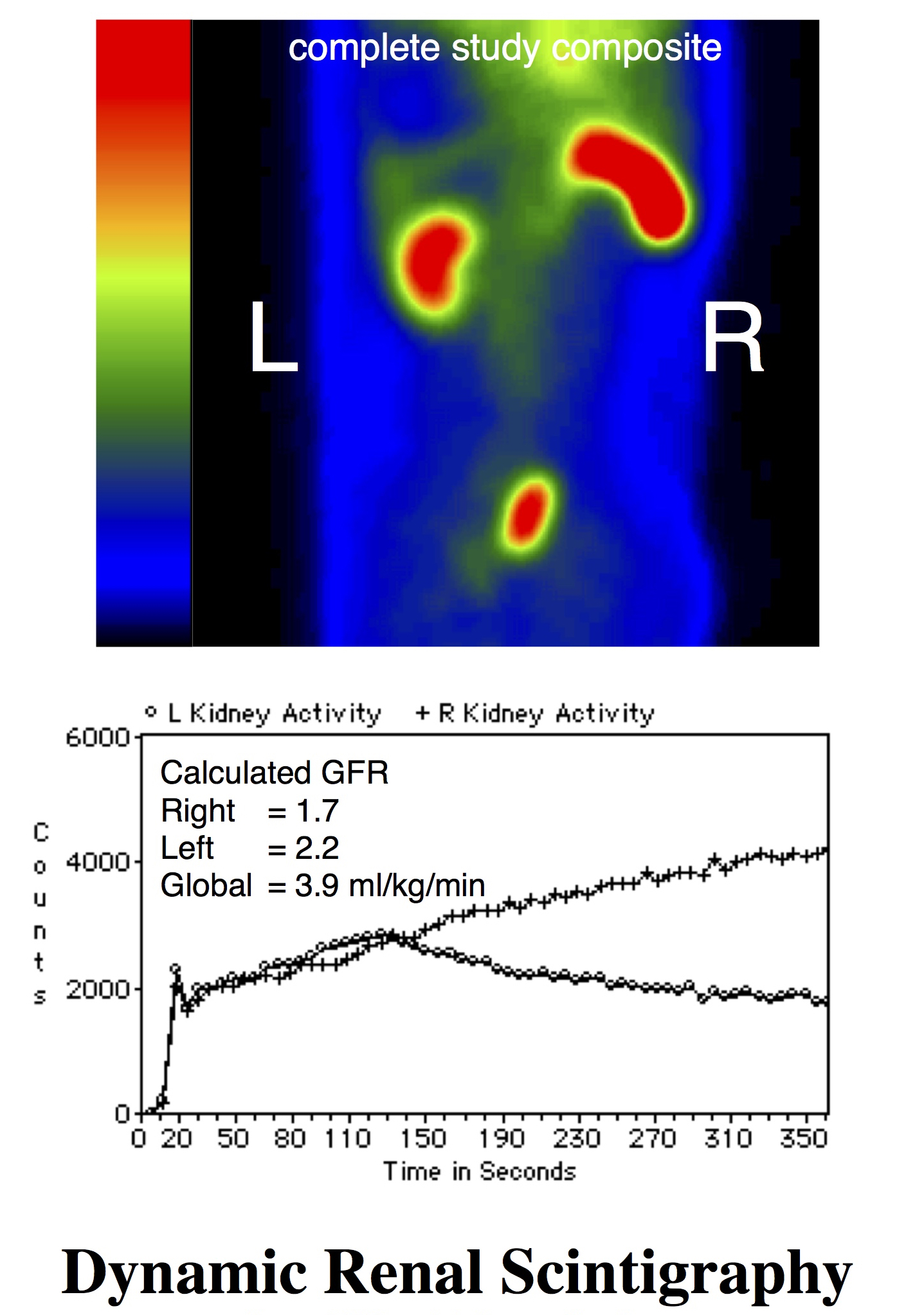